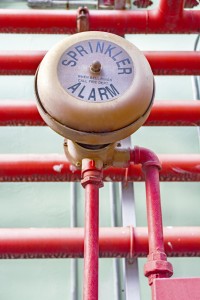 Do you know when the first sprinkler system was first invented? Henry S. Parmalee created the first sprinkler back in 1874 in order to protect his piano factory from fires. In fact, a fire sprinkler system was used for the sole purpose of protecting the building from fire damage, instead of saving lives that were occupying the building. However, during the 1940s, America saw commercial building fires break out that took the lives of many civilians, which led to the invention of an automatic fire sprinkler system. These fires included:

As time has gone on, building codes for commercial buildings have required an automatic fire sprinkler system to be installed to ensure the safety of building occupants.