Four Things You Should Know About Carbon Dioxide Fire Extinguishers 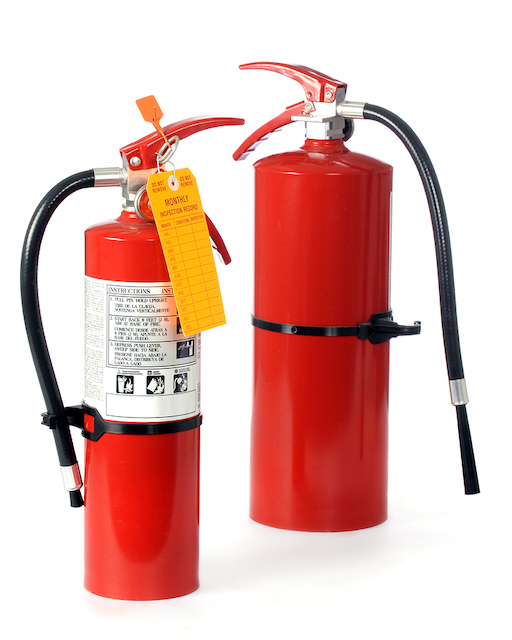 Class B fires that can be extinguished successfully with a carbon dioxide extinguisher are flammable gases and liquids, oil greases (excluding cooking greases/oils), solvents, tars, oil-based paints, and lacquers. Any Class C fires, which involve energized electrical equipment, can also be extinguished with CO2.

Once the CO2 gas is released from the extinguisher, it looks a lot like dry ice. This “cloud” of CO2 cuts back the oxygen in the air around the fire and then smothers it. This kind of extinguisher doesn’t work well outside because of wind drift. The wind can then blow the carbon dioxide off the fire and bring oxygen back towards the flames.

The Discharge Range is Quite Small

Once CO2 is released from the fire extinguisher, it will begin to spread, as gases usually do. Because of this, the horizontal discharge range of a CO2 stream is somewhat limited to about three to ten feet. This range is nearly half the average range of an ABC extinguisher.

They Don’t Leave Any Residue Once the Fire is Extinguished

Carbon dioxide cuts the oxygen supply off and brings down the fire’s temperature with its cold presence. Once the carbon dioxide gas has extinguished the fire, it’ll dissipate into the atmosphere without leaving a single trace. No reside normally means no damage. This is a very significant advantage for expensive electronic equipment, versus using a usual ABC fire extinguisher, which uses a powder that could be corrosive.

Whether you need smoke detectors, fire extinguishers, or an automatic sprinkler system installed at your commercial property, Fireline has you covered. We have been protecting people and property from fire damage since 1947—and our experience shows in our excellent work! We are known for our superb customer service, our expertise, and our reliability. For more information on how we can help your residential or commercial property, visit us online or give us a call at (800) 553-3405. We are located in Baltimore, MD, with a second office in Leesburg, VA. For more fire safety tips, be sure to follow us on Facebook, Twitter, and LinkedIn.