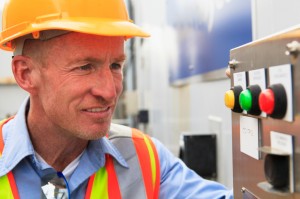 Carbon dioxide has served several purposes for many years. Because of its physical attributes, it can be used in several different applications. The compound has been used as dry ice for refrigeration, as well as a refrigerant within a mechanical system for refrigeration. The compound has also been used as a propellant within the mining industry as well as a power generator in several industries in applications. But did you know carbon dioxide is also used in fire suppression?

Carbon dioxide has been used in fire suppression since as early as 1914. In 1914 the Bell Telephone Company of Pennsylvania was able to install several capacity portable extinguishers that used the compound and weighed about seven pounds. The extinguishers were used for the equipment as well as the electrical wiring. When the 1920s came around, systems that we automatic and incorporating carbon dioxide were available for use. The NFPA Standard for extinguishing systems with carbon dioxide began in 1928.

As the years have passed, carbon dioxide has been used within fire suppression by using two different methods. The two methods are the following: