What is Sprinkler Corrosion? 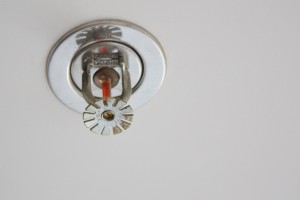 Oxygen corrosion occurs in both dry and wet piping sprinkler systems. Dry piping systems use gas pressure from a compressor in order to function properly. The oxygen gas used in this compression system causes the sprinkler corrosion, which can lead to leaks and malfunctions. Wet piping systems typically require draining and filling at some point. During this process, oxygen is able to enter the piping system, leading to corrosion.